The contents of the magic chest 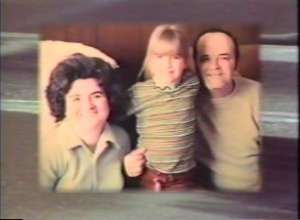 As anticipated, my boys had analyzed the contents of the chest prior to its return to my camp.  My son ran inside with great excitement and told me I was going to be so happy to see what was inside of that chest!

I doubted that very much.

Throughout my examination, I cried.  These were the items that he locked up.  Items that he couldn’t bear for someone to steal.  These small things that are seemingly so meaningless meant a great deal to him.  I felt so sad about that.

My son finally burst with excitement and exclaimed, “Aren’t you happy?!  Look at all the great stuff that Poppy left for you.”

I decided to look at it from his point of view.  Poppy was an optimist and it seems right to honor his way of life in the spirit of this remembrance.

Then my son put his arm around me – and said, “Don’t you know that he loved you a lot?”

Because in a strange way, I always believed that a portion of my Pop’s soul was reincarnated in my son who was born about 10 months after Pop died.

My son and I ate a Klondike bar in Poppy’s honor and I thought about him for the rest of the night.  I will blog about him someday.  They will be the best blogs, because this guy was a character and I have a lot of GREAT stories about him.

Filed under adult education, No Adult Left Behind, Summer vacation

11 responses to “The contents of the magic chest”